Let’s learn something utterly and completely useless; we are going to learn how to 180.

The great thing about 180 is that most people that ride mountain bikes could not do it. The truth is, 180’s can be done if you practice enough on just about any mountain bike but most of the guys at the trails can’t, so when somebody sees you do 180 they know you mean business.

First, try to get comfortable with rolling backward. 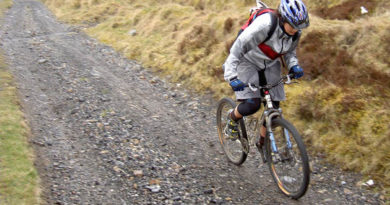 How to Ride Flat Turns on a Mountain Bike?

How to Get Over Logs on a Mountain Bike?

Learn How to Manual on a Mountain Bike