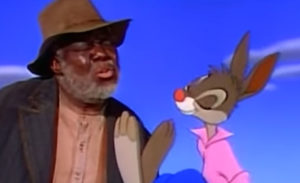 There’s a reason why you might not have heard of Disney’s 1946 film ‘Song of the South’, and that’s because it’s one of the secrets that the company most desperately wants to keep hidden.

The movie – which actually brought us the iconic Disney song ‘Zip-a-Dee-Doo-Dah’ – was never released in its entirety on home video in the United States. The reason for this is that ‘Song of the South’ is full of racist stereotypes, makes light of slavery in the South, and has been widely denounced by critics as ‘an insult to American minorities’.

Cultural historian Jason Sperb described the film as ‘one of Hollywood’s most resiliently offensive racist texts’. In March 2010 Disney CEO Bob Iger stated that there were no plans to release the movie on DVD any time soon, calling it ‘antiquated’ and ‘fairly offensive’.

Throughout its nearly 100-year history, Disney has received numerous other accusations of racism. For example, 1941 classic, Dumbo, has been criticized for portraying the crows as extremely offensive stereotypes of black people. 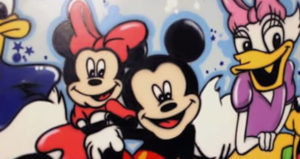 You’d think that as one of the largest and best-known studios in American cinema, Disney wouldn’t really need to worry itself too much with tiny breaches of copyright, but you’d be wrong.

In 1989 the Walt Disney Company threatened to sue three day care centers in Hallandale, Florida, because they hadn’t obtained permission to use the likenesses of famous Disney characters in the murals on their walls. It sounds petty, but Disney argued that other businesses had paid to use the trademarked characters and it was therefore unfair of them to allow the day cares to use them for free.

In the end, Disney’s theme park rival Universal Studios saw an opportunity for themselves, and stepped in to allow the centers free use of their trademarked characters, Scooby Doo, the Flintstones and Yogi Bear.

Similarly in 2008, Disney launched a million-dollar copyright-infringement lawsuit against a small fancy dress company from California for selling costumes that resembled famous Winnie the Pooh characters, without having obtained permission. The lawsuit was eventually settled out of court, with the owners of the family-run business returning the costumes to the Peru-based eBay user who had initially sold them to them. 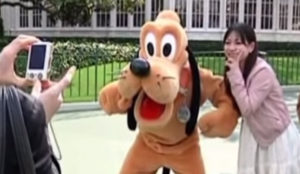 Getting to pretend to be a Disney character every day sounds like a pretty fun job, but secrets revealed by former actors suggest that it’s perhaps not quite all that it’s cracked up to be.

At Florida’s Walt Disney World alone, more than 70,000 people are employed as cast members and they are bound by some fairly strict laws. The most important one of these rules is: they’re not allowed to break character when in costume.

According to a forum of former employees, this means that some cast members end up with very few breaks, are rarely allowed to sit down, and can be disciplined for even the slightest transgression. As part of the Disney pledge to ‘keep the magic alive’, cast members risk having their contracts terminated immediately if they’re caught taking pictures in costume backstage.

In 2001 a particularly gross downside of working for Disney was revealed. Actors had to wear company-issued underwear to ensure uniformity, which were handed in for washing at the end of each shift. However, some employees complained that they occasionally received dirty, smelly underwear, which led to cases of pubic lice and scabies.

Luckily for the employees, an agreement was eventually reached that allowed the actors to take home their own underwear to wash. 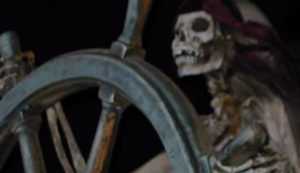 If you’re squeamish, maybe Disney theme parks aren’t quite the places for you. Because behind the facade of fairy tales and wishing upon stars, you could stumble upon actual human remains.

In 1967, when construction workers were just putting the finishing touches to the Disneyland Pirates of the Caribbean ride, they decided that it just didn’t look convincing enough with fake bones. So instead they decided to decorate it using real human skeletal remains that they obtained from the UCLA Medical Center.

Over time, the majority of the real bones were removed, but one eerie remnant remains… rather disturbingly, the skull and crossbones on the headboard above the skeleton in bed are still completely genuine.

And this isn’t the only way that Disney theme parks are haunted by real human remains. The parks have become a popular destination for those wanting to scatter the ashes of their loved ones, with some people dispensing them from the deceased individual’s favorite ride.

In fact, this has become such a worryingly common phenomenon that Disney employees have been trained in safely removing the remains, and the rides are equipped with high-tech filters that can remove the human particles from the air. 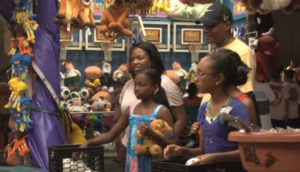 Do you not think it’s a bit unfair how difficult it is to win prizes from the carnival-style games at theme parks? It’s almost as if the cans are glued down so you can’t knock them over.

Well, I hate to break it to you, but that’s sometimes exactly what happens. Such dirty tricks wouldn’t be all that surprising at a small, independent carnival, but Disney is a multi-billion dollar empire, so you’d think they’d be able to afford handing out a few more toys to its loyal customers.

But some Disney employees have been accused by customers – on review sites like Consumer Affairs – of deliberately distracting them from playing games, using wax to create more friction on the surface of the games and, yes, gluing things down.

Accusations of Disney movies providing sexist portrayals of women have haunted the company for many decades.

The Disney Princesses, in particular, have generated criticism for their unachievable tiny waists and bizarrely emphasized eyes, the latter of which are usually wider than the former. It is worrying to think what ramifications such depictions could have on young, impressionable girls.

In 2016 Ellie Taylor, a teenager from Birmingham in England, overcame a battle with anorexia that had lasted for years, which she claimed had been motivated by a desire to be a Disney princess. But it’s not just the way the female Disney characters look.

Linguists Carmen Fought and Karen Eisenhauer recently unmasked a concerning trend within the dialogue of Disney movies… The linguists revealed that even in films where female characters are supposedly the central figures, they are given far fewer lines than their male co-stars.

In Pocahontas, females speak only 24% of the lines, 23% in Mulan and – despite it supposedly being a story about two sisters – the women of Frozen are given only 40% of the lines.

Furthermore, particularly for the classic-era Disney princesses like Snow White, the vast majority of compliments given to the female characters are based on their appearance, rather than their skill, personality, or intelligence, with 55% of compliments dedicated to looks alone. 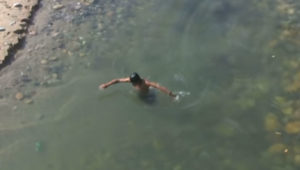 Fancy taking a dip in the waters around River Country, Walt Disney World’s first ever water park? Well, I wouldn’t if I were you.

In 1980 an 11-year-old boy died after swimming in the park’s lake and ingesting a rare parasite. The parasite, an amoeba called Naegleria fowleri – causes a ferocious infection that ultimately eats away at the victim’s brain and carries with it a 95% fatality rate. Despite the boy’s tragic death, River Country remained open for another 21 years.

The parasite was also discovered in the waters around the appropriately-named Discovery Island, which was also the property of Walt Disney World and finally shut down in 1999. River Country and Discovery Island are the only two Disney parks to have been permanently shut down, and both have since been left to rot and deteriorate. 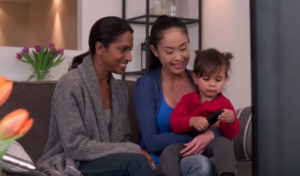 Ever thought that it’s a bit odd how many central Disney characters don’t have a mother? Jasmine in Aladdin, Belle in Beauty and the Beast… even little Nemo was brought up by his dad alone.

Some conspiracy theorists have suggested that this could be the result of a secret Disney agenda to spread anti-family values among the younger generations. But the real reason behind this is actually less sinister and more incredibly sad.

In 1938 following the success of Snow White and the Seven Dwarfs, Walt Disney and his brother Roy presented their parents with a new house in North Hollywood. Walt’s mother, Flora Call Disney, complained of problems with the gas furnace in this new home. Although repairmen visited the house, it wasn’t properly fixed. Just a few months after moving into the house, Flora died of asphyxiation caused by the fumes from the faulty furnace; she was 70.

Disney therefore regularly refused to include mother figures in his movies, as a sombre reflection of his guilt over her death. 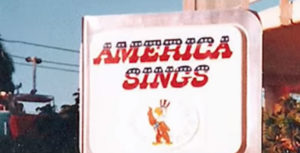 The Walt Disney Company is the most successful theme and amusement park company in the world, raking in approximately 16 billion dollars a year from 137 million attendees. With so many people visiting its theme parks, it’s perhaps not all that surprising that its history is somewhat blighted by dozens of unfortunate accidents.

In July 1974, 18-year-old Deborah Stone was working at Disneyland’s America Sings attraction, a rotating stage show. Tragically, she wandered too near to the moving theater wall, right before it was activated. It crushed her against the side of the stage and she died.

More recently, in October 2010, a 53-year-old cleaner was working on a boat in the ‘It’s a Small World’ attraction in Disneyland Paris, when the ride was accidentally switched on. He was dragged beneath the boat, where he suffered extremely serious injuries. Despite being rescued and airlifted to a local hospital, he died shortly after the incident. 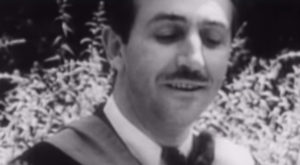 In 1993 a number of documents came to light under the Freedom of Information Act, which named Walt Disney as a secret informer for the FBI from the 1940s until his death in 1966.

It is believed that his cooperation began following the 1941 Disney animators’ strike, when over 200 of the company’s cartoonists protested against long hours, poor wages and a removal of previous benefits.

Famously right-wing-leaning Walt Disney publicly accused the strike leaders of ‘Communist agitation’ and testified against them before the House Committee on Un-American Activities in Washington. The bitter conflict led to the dismissal and resignation of numerous key Disney employees, with the number of workers being reduced from 1200 to just 694.

After that, Disney began reporting to the FBI not just on the activities of his own employees, but also on any Hollywood actors, writers, producers, or technicians suspected of political subversion. He also allowed J. Edgar Hoover – the Director of the Bureau – access to Disney scripts and the liberty to make slight changes.

There is no evidence that FBI revisions were made to any of Disney’s classic animated features, although it’s suspected that they were made in some lesser-known movies and an episode of ‘The Mickey Mouse Club’, although it is unknown what these changes were. 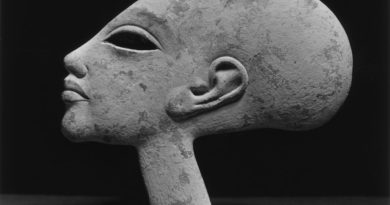